This week is Halloween, also known as All Hallows’ Eve or All Saints’ Eve. All Hallows Day (or All Saints Day) has been celebrated on November 1 since around 998 AD and celebrates the belief that those who die with genuine Christian faith have nothing to fear from death as they continue their relationship with God beyond the grave. Over the years the festivities evolved such that on the night before All Saints Day children began dressing up in spooky costumes. However, the commercialisation of Halloween means the message today as got lost because it’s all about scaring people. 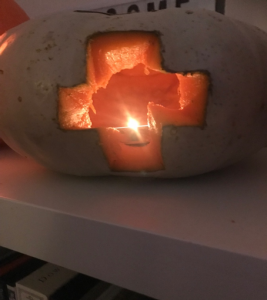 I think we are currently living in a dark place and scary place, so the last thing we want is scaring people. I see darkness when people are living in austerity, knife crime rising and not forgetting the unknown outcome of Brexit. The world is in a dark place needing love, hope, and light.

The recent atrocity carried out at the Tree of Life Synagogue in Pittsburgh not forgetting the helicopter crash at Leicester City FC can put love into question. However, Fred Rodgers famous quote can encourage us to see love in the darkest times:
‘When I was a boy and I would see scary things in the news, my mother would say to me, the following quote from ‘Look for the helpers. You will always find people who are helping’.

In the words of Jo Cox: ‘We are far more united and have far more in common with each other than that which divides us.’ What happened at the Tree of Life Synagogue is awful and we can continue to pray for those families affected, but we must remember we are surrounded by real love. This week I have completed a two day Citizens UK training. Citizens UK organises communities to act together for power, social justice and the common good. I found it a joy to share with other religions and traditions. Churches, Mosques, and Synagogues opening their doors to the community for Inter-faith week (11-18th Nov) and Citizens UK bringing people together reminds us that we are far more united.

At the North London Citizens AGM we remembered our Jewish friends in Pittsburgh, local council agreeing to have all the new flats in Tottenham that’s affordable (thanks to Citizens UK), and a mum sharing her story about her son killed in knife crime. These are normal people sharing their stories and challenging the state! 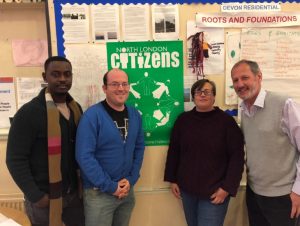 Walter Brueggemann is an American Protestant Old Testament scholar and theologian. He wrote a book called The Prophetic Imagination. Bruggemann explains Moses’ role was to make a new human beginning with the religion of God’s freedom from politics and the justice and compassion. Moses breaks away from religion and politics, which results to the breaking away from Pharaoh (Royal Consciousness). This demonstrates the church can use Moses’ model by showing justice and compassion to people struggling by challenging the politics that causes hardships. Citizens UK demonstrate what Brueggemann is saying. 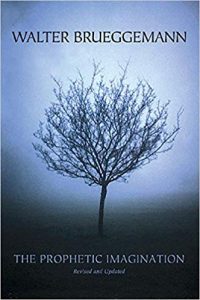 Martin Luther King Jr said ‘Darkness cannot drive out darkness; only light can do that. Hate cannot drive out hate; only love can do that’. Real love drives out darkness because our love is Jesus.
Real love is full of action and speaking out like:
– Martin Luther King (seeing the possibility of an America where black and white citizens were truly equal)
– Wilberforce (wanting the slave trade to be abolished)
– Bonhoeffer (standing up for Jewish people during WW2)
– Mother Teresa (welcoming people off the streets in India)
The above people demonstrate biblical actions. Real love is shining a light into the dark places.
Jesus says “I am the light of the world. Whoever follows me will not walk in darkness, but will have the light of life.”
Our actions are based on Jesus of kindness and compassion (agape) and we want to bring hope to a dark place.
Our love is the Gospel. Our love is Jesus! Real love opens doors and builds bridges.

May you shine your light into the community. 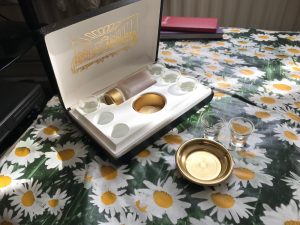 At my first stewards meeting I wanted to discuss communion with them. I asked them the following question…

“What does Holy Communion mean to you”

I listened to their understanding on communion. The majority of my church members are African and Caribbean which means they like people to receive communion when confirmed. I shared my theological understanding on Holy Communion i.e. open table which means you don’t have to be a church member to receive communion. We had a fantastic theological conversation which lasted 30 minutes.

Methodism inherited from John and Charles Wesley a devout appreciation of Holy Communion as a divinely appointed means of grace. Methodism is inclusive and diverse, and the importance of Holy Communion reflects this by inviting all people to the Lord’s Supper that Wesley believed was a converting ordinance.

Dean writes ‘Methodism’s Arminian theology lends a distinctive character to its Christian faith and its outworking in the world.’[1] This emphasises that the two sacraments within the Methodist Church are key aspects of the denomination because it connects people to God’s saving grace

The Four All’s of Methodism:

‘These were not written by John Wesley, but used later to summarise his teaching and his view what Jesus has done for us’ –  The Methodist Church, Compass, exploring Christian faith together(London: Methodist Publishing, 2013), p.69

I believe having an open table is really important especially in the 21st century because people are desperate to be loved. For some people doors are closed on them because of the label they carry, but we can say that we believe in an open table and that ‘all are welcome’. God looks beyond a label and sees a person made in his image.

The stewards meeting agreed the following…

It was good to have a theological conversation at my first stewards meeting because sometimes we forget the reason why we do it.

One church member said to me afterwards…

“Imagine inviting guests for a meal, but only you had the silver cup. It wouldn’t be welcoming. Therefore I like the changes made”

Three young people approached me asking to be confirmed. I think next year we’ll be doing youth confirmation classes.

The stewards meeting taught me that we need to be honest with each other.

Hope on our streets

On my day off I walked around London. During my walk I saw a young man singing ‘how great is our God’ on the millennium bridge. I also witnessed a Sikh Welfare & Awareness Team van parked up on the Strand giving out free food bags to the homeless. The queue was massive! Homeless people in the UK are getting free meals thanks to a centuries-old Sikh tradition.

It is so easy to focus on the fear without looking at hope. I see hope on our streets when people can worship openly, volunteers give up their time and the hungry are fed!!

Last Saturday I was on my way to represent my churches for a URC/ Baptist minister welcome service. I arrived early and stupid me forgot my wallet and it was raining, so I sheltered on Crouch End when a volunteer giving out ‘Foodbank’ leaflets looked at me and said ‘I’ve not seen a chequered clerical shirt before’. This opened up a conversation.

Evangelism on the streets can be something simple as responding to a question. 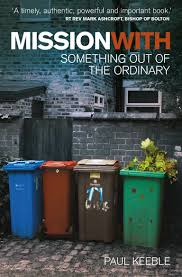 I am currently reading a book called ‘Mission With’ by Paul Keeble. Keeble shares his story of living long term in a deprived, inner-city community, not as a flag-waving missionary but as a resident and neighbour, who happens to be a follower of Jesus. During more than 30 years of listening and learning, building relationships across cultures and religions, and addressing shared concerns, God has evolved Paul’s thinking from ‘mission-to’ and ‘mission-for’ towards what he calls ‘mission-with’. This is a incarnational model.

I recommend this book!

The last two days I’ve seen evangelism on the streets done in a creative, engaging and simple way like singing, giving out food and engaging in conversation.

Jesus challenges us to let our light shine before others, so that they may see our good works and give glory to our Father who is in heaven (Matthew 5:16). Jesus wants his followers to be part of the crowd in a creative way. 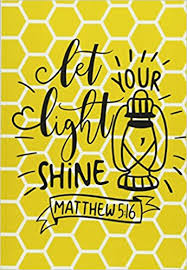 Francis of Assisi once said ‘preach the Gospel at all times and when necessary use words’. What we have done and continue to do relate to what Francis of Assisi is saying because we are preaching the gospel by shinning the light through our actions and not words. Having a presence in the crowd is more creative then preaching in people’s faces. We all should be doing this because we all have a role to play. 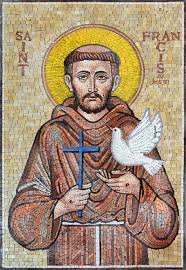 How can you shine your light before others? How can you be part of the crowd? Where do you see hope on the streets?

More pictures from my day off… 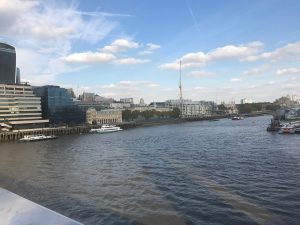